This was a commission from Russ Kommer and Browning. I was asked to hand engrave this prototype set consisting of a Prototype Browning X-Bolt rifle and a custom made Russ Kommer hunting knife. The serial number on the rifle, 17KOMMER00 denotes a prototype project and was also engraved onto the matching custom knife.

“Russ Kommer, a custom knife creator and designer for Browning is an artist in the truest sense of the word. This particular knife is made from RWL 34 steel (named for Robert W. Loveless) with woolly mammoth tooth scales. The hollow-ground, mirror polished, drop point blade has a tapered tang with triple liners. The bolsters are made from 416 stainless steel and were hand engraved by David Sheehan.” (this text is from Browning Facebook page)

The knife was on display at the 2017 Shot Show and received many nice comments and offers to buy but as Russ Kommer will adamantly tell you… “this one is mine!” 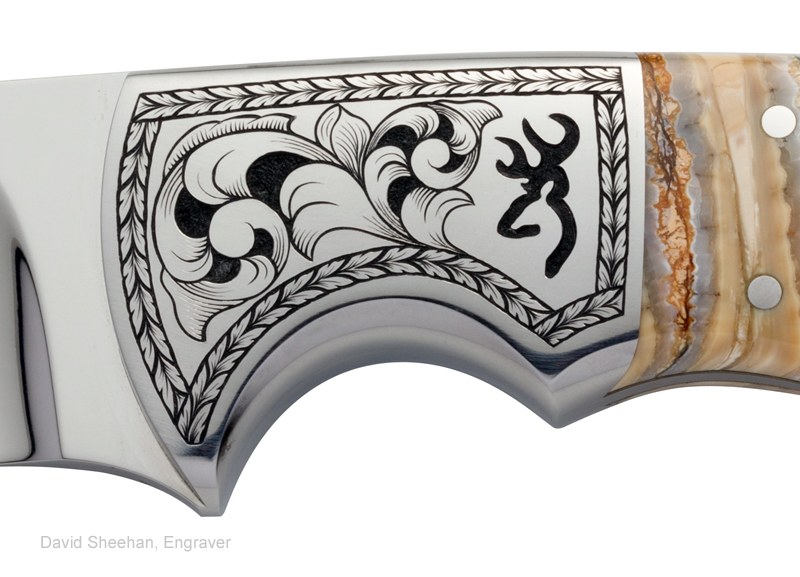 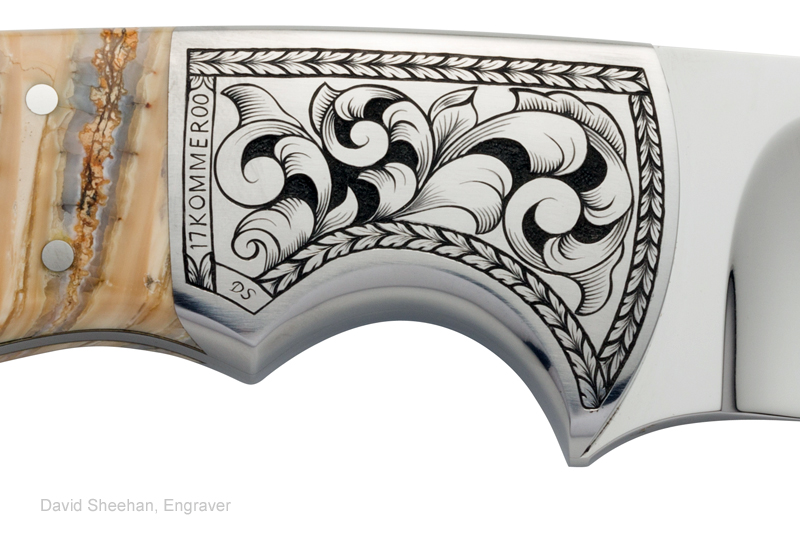