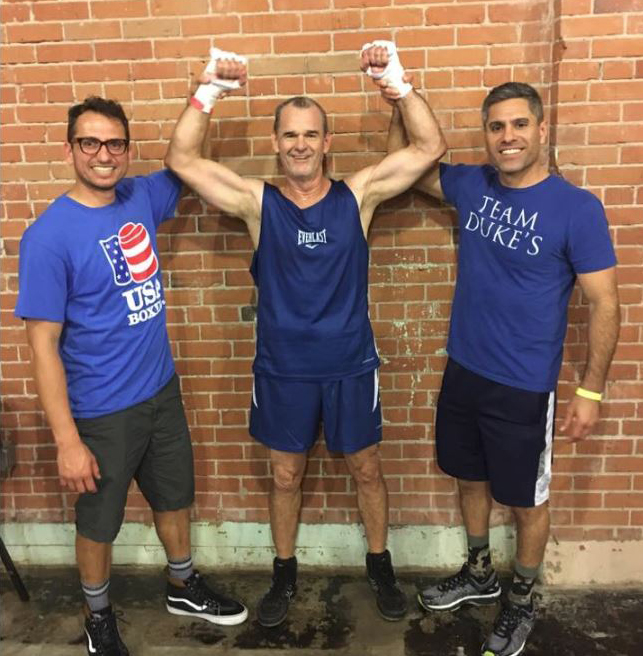 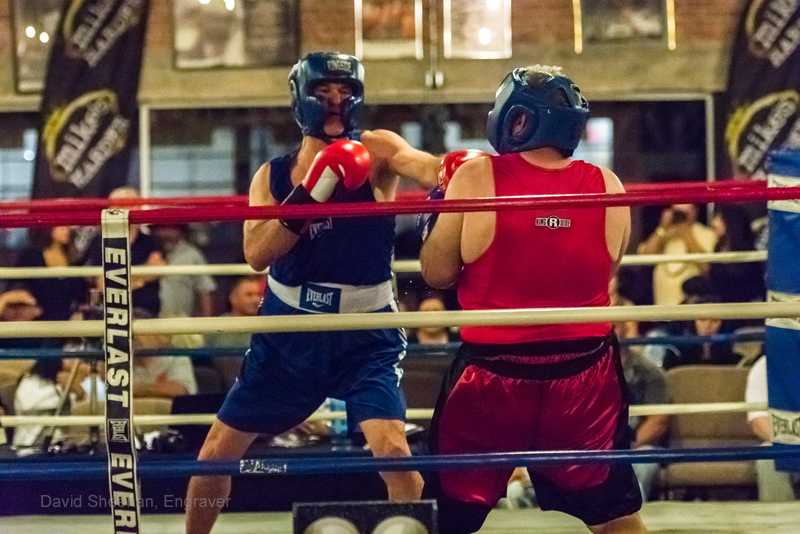 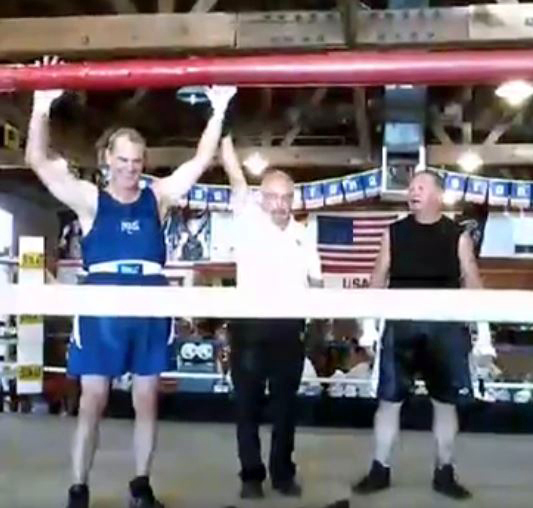 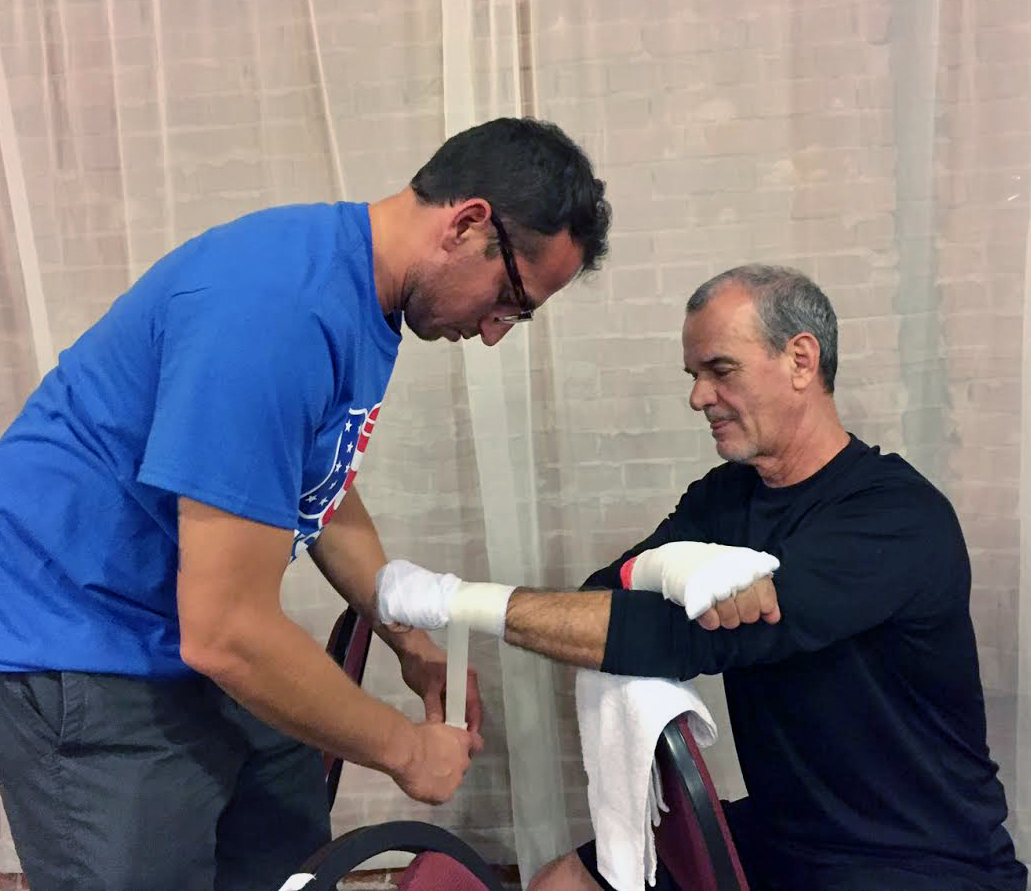 Oscar Gracias is a true professional boxing trainer. Could not have done it without him! 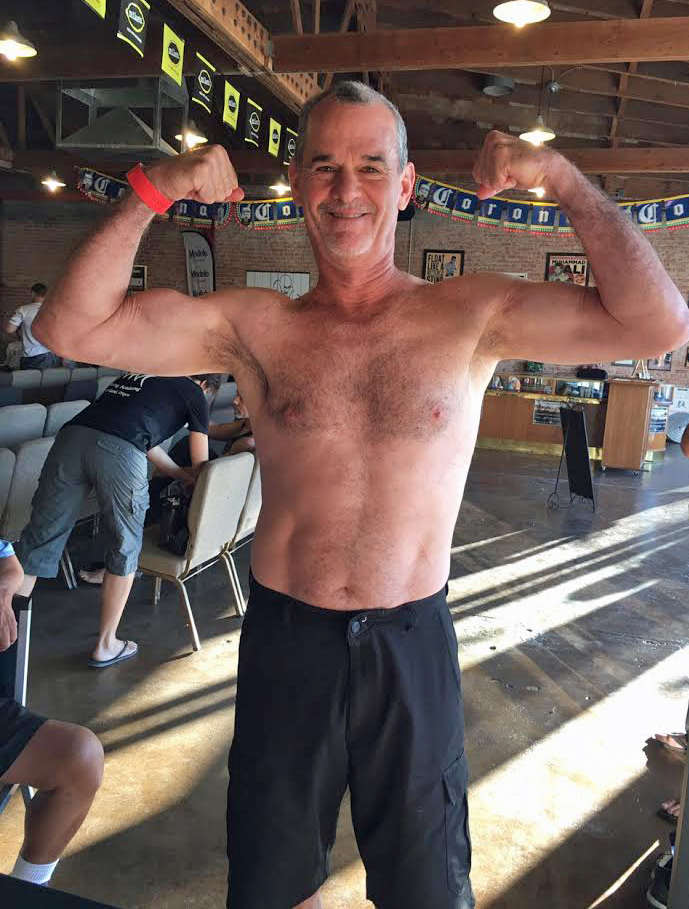 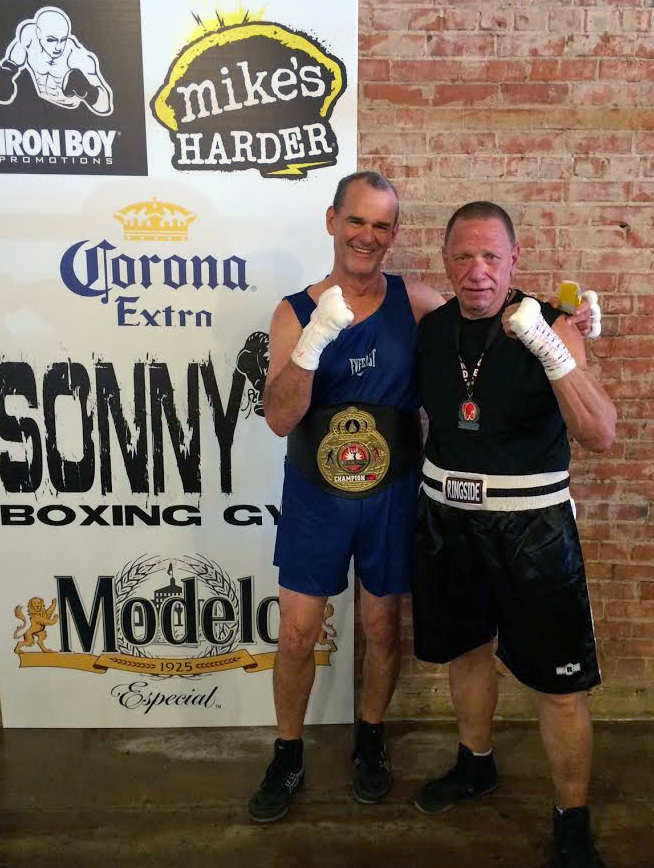 One of my opponents was a tough boxer and a great guy. Masters Boxers are kindred spirits. 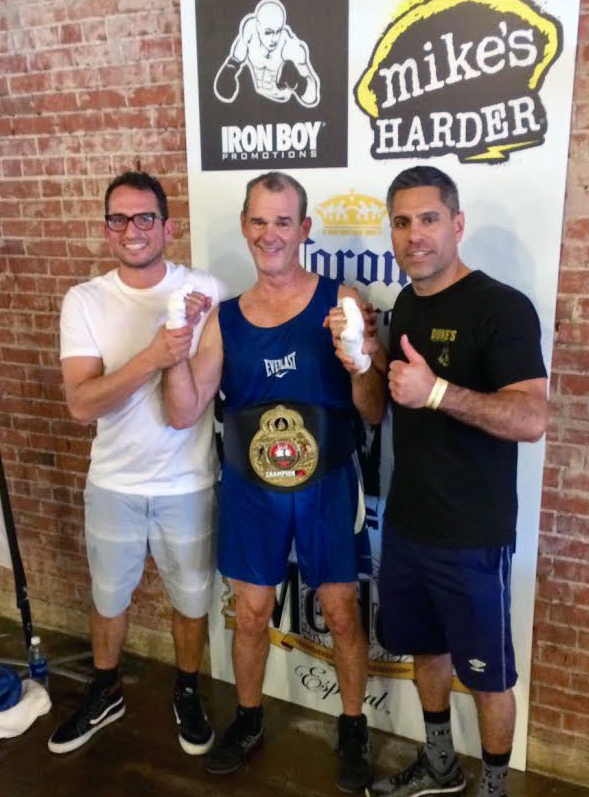 Team Duke’s comes out on top! 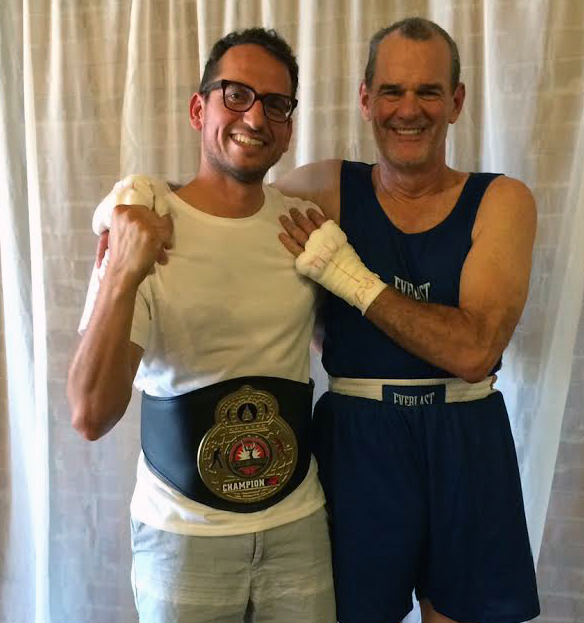 Oscar deserves this belt as much as I do! He trained me and sparred with me almost daily for months before the fight. 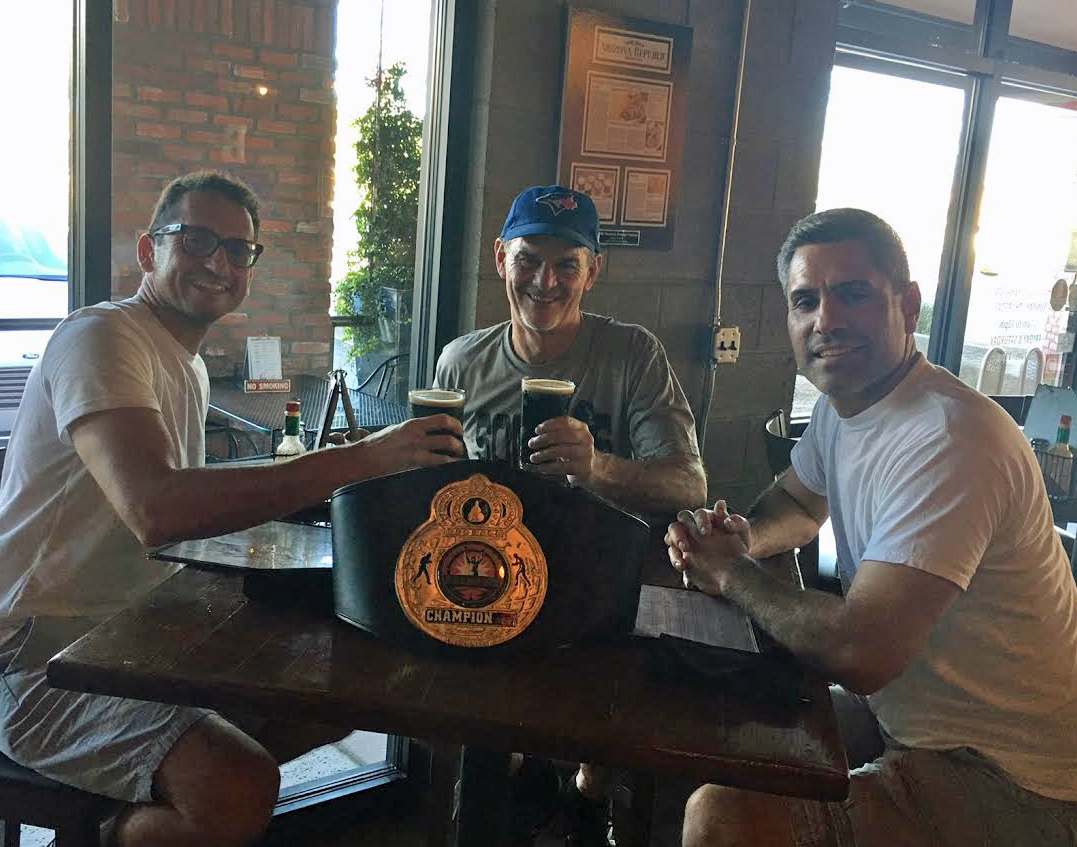 Celebrating after the fight with my trainer and coache, Oscar Gracias and Henry Calles Jr. 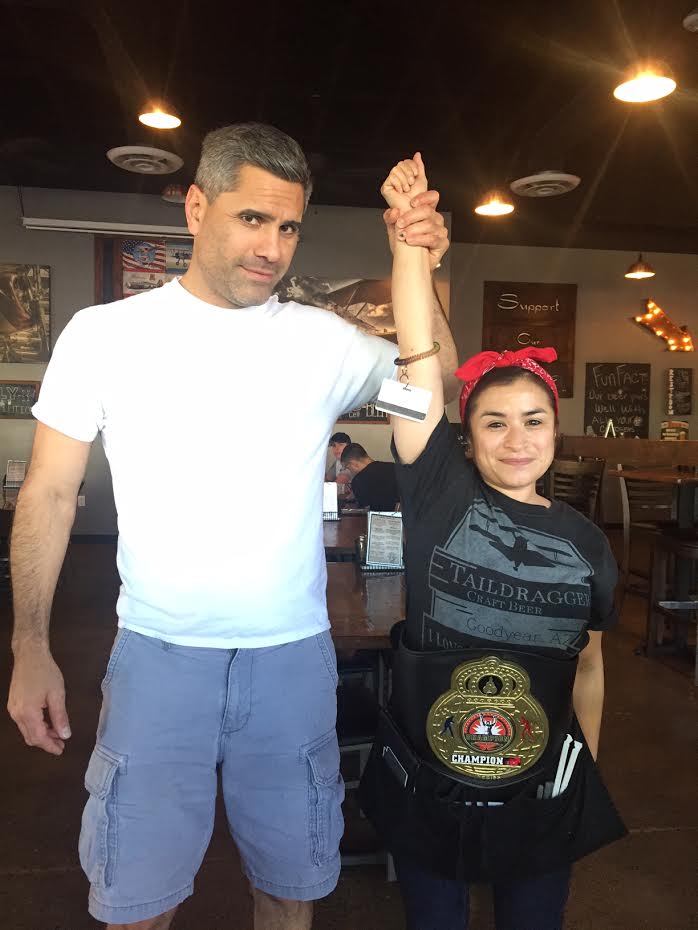 Henry made sure that even the waitress was involved! 🙂

Fight #1 first round (my opponent was fired up and really came out swinging!)

Fight #1 third and final round (I bounced back and knocked him out for the win!)

Championship Fight  (my opponent came out strong but I scored a knockdown and then a first round TKO to win the belt!) 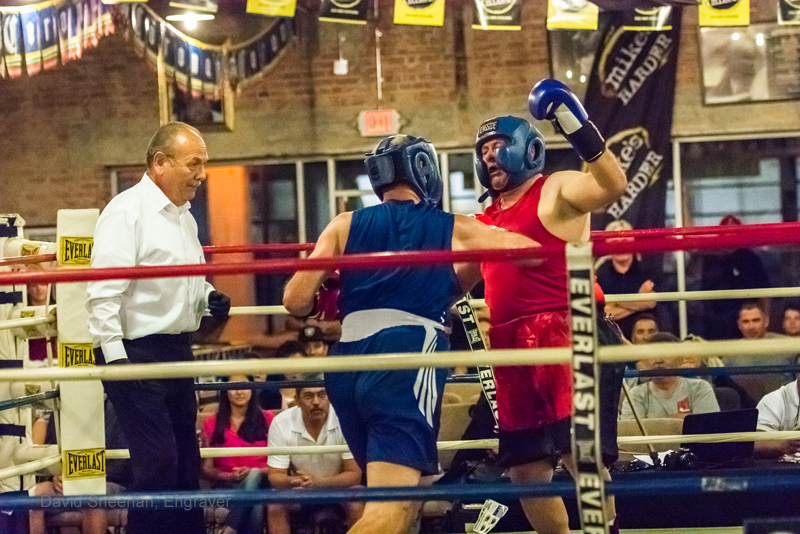 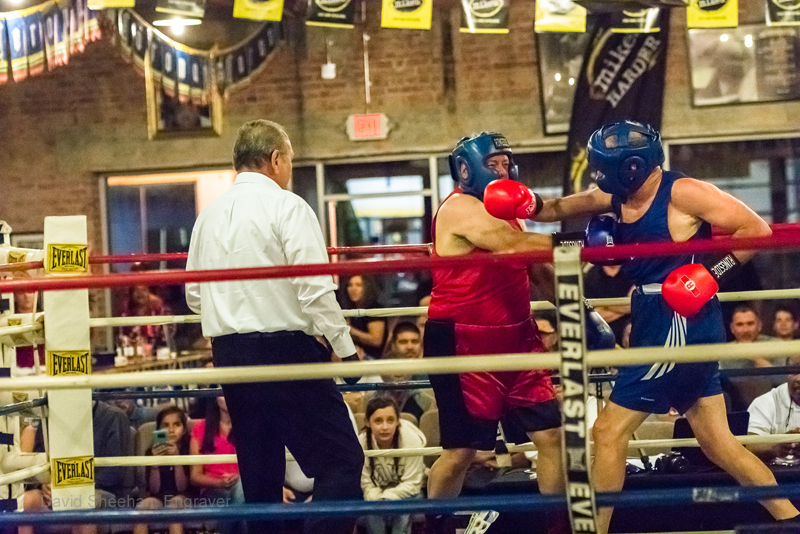 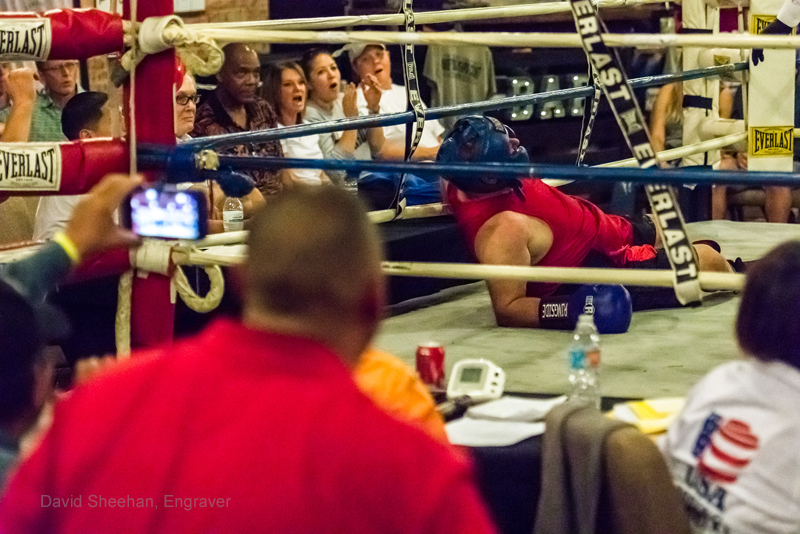 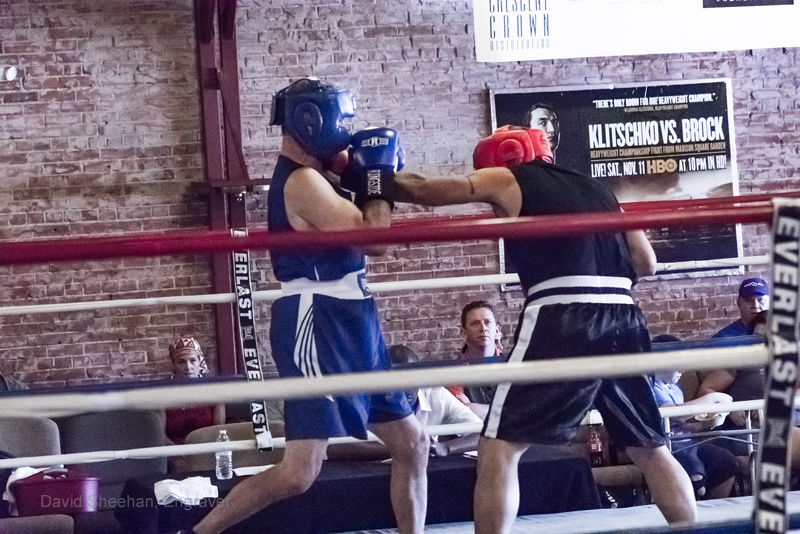 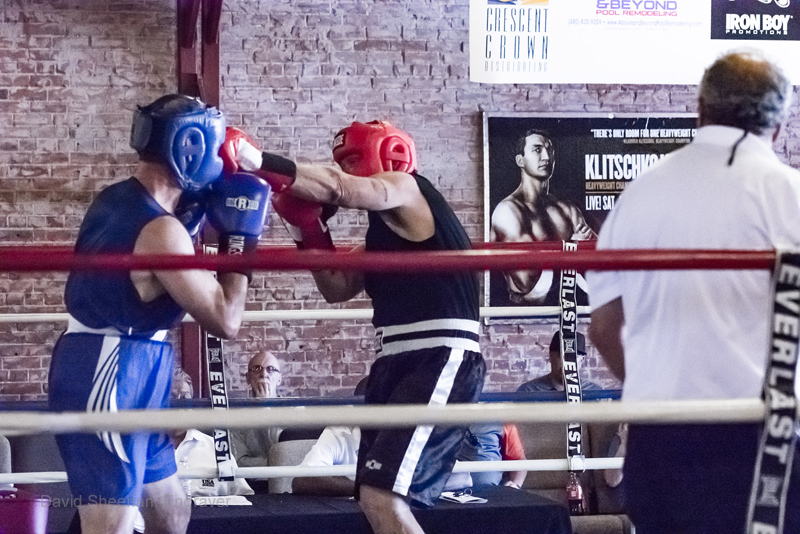 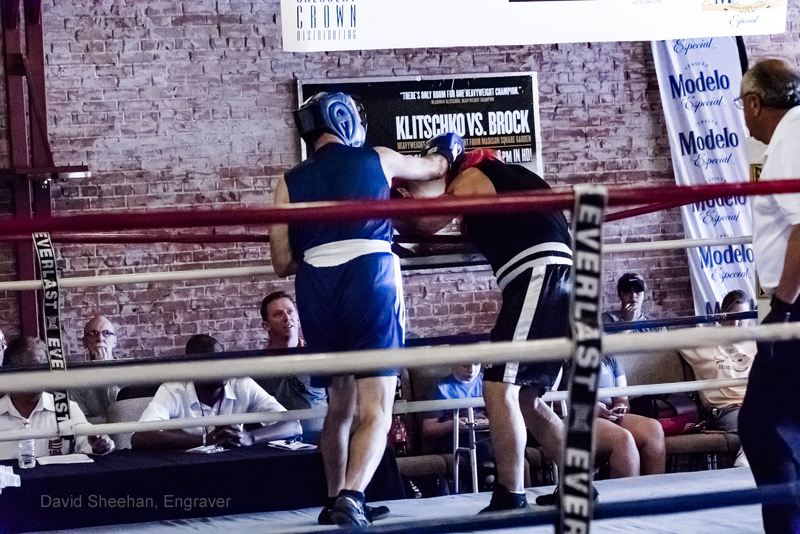 Boxing workouts are a great way to stay in shape without getting bored. No need to ever compete or even spar if you don’t want to. But, if you are the competitive type like me you should check out the Masters Boxing Website: http://www.mastersboxing.org